IWP, to be clarified when differences between C. spinosus and C. cavipes become clearer. In South Pacific: NC, W&F, Cook Is, French Polynesia (Austral, Society, Tuamotu Is). Seems to be common in South Pacific islands, although it is rarely recorded. [1]

Habitat: Coastal forests, wetlands and dark forests including low mountains. Sometimes found in wetland cliffs, on beaches, in lagoons or wet vegetation. Climbs trees and is more terrestrial than other species.  Forest dweller who returns to the sea as needed for water replenishment, foraging, mating, spawning.

Characteristics: hairy spines on all legs and chelipeds, more pronounced than the other species of coenobita.

Morphologically close to Coenobita cavipes Stimpson, 1858. Characteristics used to identify both species must be redefined. [1] 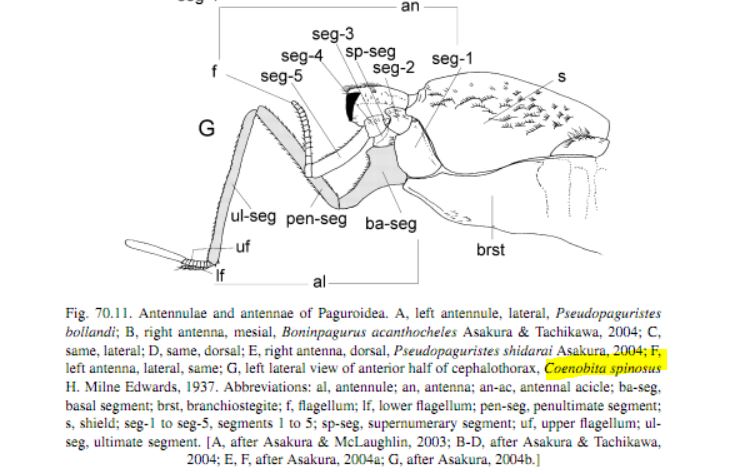 The Crab Street Journal has been granted permission by these photographers to use their photo(s) on our site.

1. A guide to the decapod crustaceans of the South Pacific by Joseph Poupin, Matthieu Juncker