Distribution: From southern Florida to Venezuela, and the West Indian Islands Also Bermuda (now rare due to limited availability of shells [2]). The only species in the Western Atlantic. Chace and Hobbs, 1969; Bright, 1966

In 2012, C clypeatus was added to Bermuda’s list of Protected Species. It is listed as Vulnerable in Bermuda. The most significant threat to land hermit crabs in Bermuda is habitat loss and alteration, through foreshore development and destruction of cosastal habitats by human and antural causes. Invasive species, a difiency of mollusc shells for shelter, pollution, habitat fragmentation, traffic and lack of public awareness are also considered local threats. [11]

Habitat: Two population types; one not more than 15km inland, one closer to shore; at elevations up to 1000 m; dune vegetation; shaded areas with large quantities of leaf litter. [6] Takes cover under leaf litter and in trees. Lives throughout the Caribbean and as far north as Florida and Bermuda (Kurta 1982). Spends most of its time in the woods but is known to travel to high sand hills near the shore (Sterrer 1986). Found to travel across many different habitats and have climbed mountains as high as 887 meters (Walker 1994).

In Bermuda these crabs once roamed all over the island but now they are only know to inhabit Hungry Bay a small bay on the south shore of the island.

Ecology: Mostly nocturnal and terrestrial. Prefers dry rather than humid areas, and whereas specimens near the shore will use seawater, inland specimens depend on freshwater, which they pass to the mouth with the aid of their chelae (De Wilde, 1973). [6] 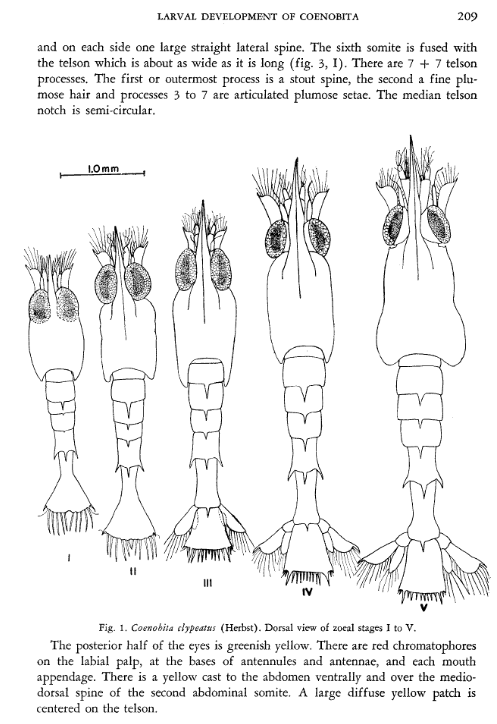 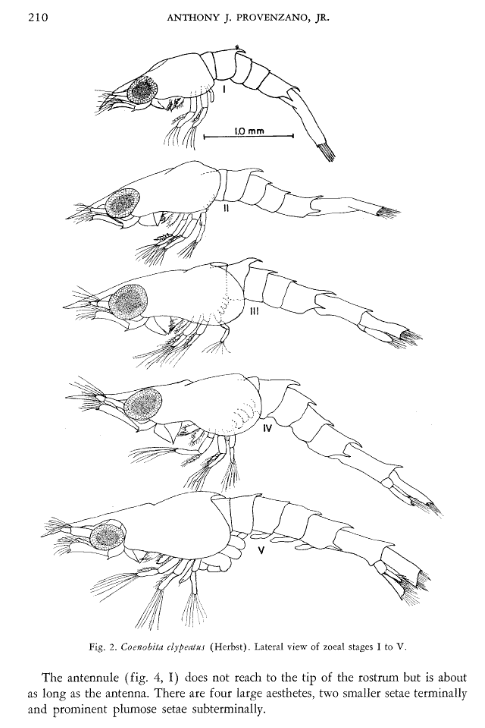 Characteristics: Juvenile clypeatus are often pale in color with a brightly colored large claw. As the crab molts and grows it’s color becomes a deep, rich red. At times clypeatus may be dark, almost black depending on their diet. The granules covering their body are black. They have tufts of hair on the claws which can be used to bring water to the mouth.  As the most commonly found species sold as pets they are also the hardiest of the species. 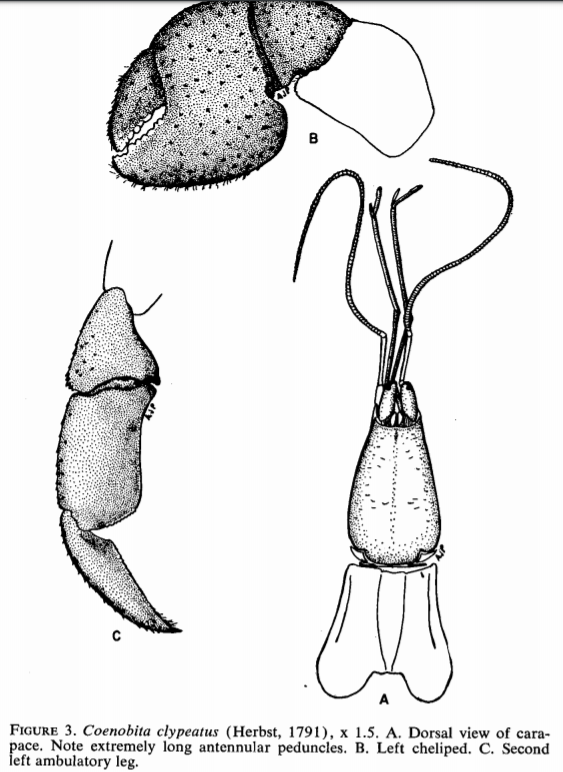 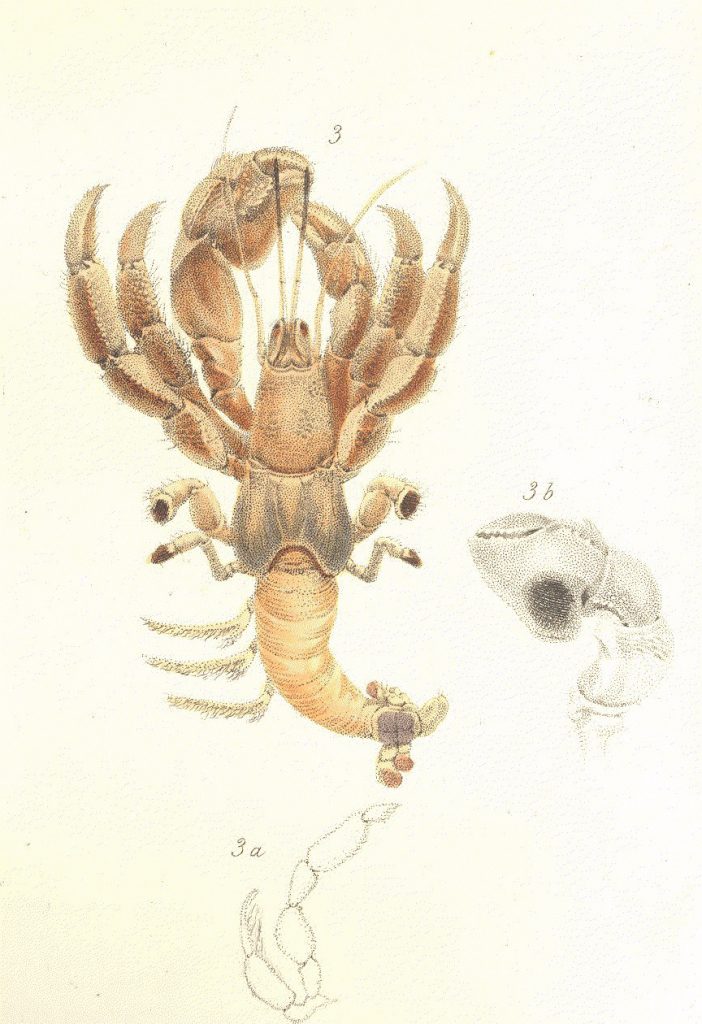 Behavior: May produce up to three broods per season. [1] In northern range, only one breeding period. On Curaco, molting seems to occur frequently during April and May. The hermit crabs have a complex social structure. C. clypeatus uses “social facilitation as a foraging strategy” [3] The molting process can take from three weeks to three months depending on the size of the hermit crab. [4] Morrison studied the competition between C. clypeatus and ant species. The ants can become extremely aggressive and have been known to kill hermit crabs. [5]

1. de Wilde, P. A. W. J., 1973. On the ecology of Coenobita clypeatus in Curacao, with reference to reproduction, water economy and osmoregulation in terrestrial hermit crabs. Stud. Fauna Curacao 44(144): 1‑138.